All movies and music performances are free of charge!

A master-class costs 5€ per person. Special offer: all master-classes plus the 2-day workshop for 30€! Do register here: contactsimfo@gmail.com

SIMF Venue
Maurogenio School, Malagari. 2km out of Samos-Town, on the way to Kokkari, exactly where the ferries from Athens dock.

From 9 pm:
Star spotting We meet at the SIMF venue, and leave for a selected dark spot, to watch the stars - not the movie stars, but those up in the sky. Dimitris Tsiagklis & Marianna Barouta will reveal some of the starry secrets - ouranography & mythology.

10am-12 am: The Making of Original Sound Track One of our guests from Athens. Mr. F. Logothetis, the instructor, will explain to the participants of this workshop, how the film OST - Original Sound Track was made, and thus prepare us with insight knowledge of tonight´s documentary.Info & booking: contactsimfo@gmail.com - Price 5€

6pm-8pm: SIMF...onia - Symphony. Participants will work together with Ruard and Takis to create the song of this year's festival. We hope to present the result later.
Info & booking: contactsimfo@gmail.com - Price 5€ 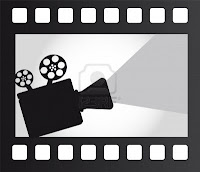 9pm: Greek Documentary night
OST (Original Sound Track) by F. Logothetis and S. Andreadis -  A documentary film about the music in motion pictures, addressed to anyone who loves music and movies!
Music Village by A. Siadimas. Three musician friends create their personal Utopia, in the traditional village of Agios Lavrendios in Pilion, Central-Greece.

11pm: we should be ready to welcome the first festival band on stage: The Samian alternative rock band Fat Mountain, on their special Premiere Night after many years!!!

10am-4pm: Basic Filmmaking Techniques (Shooting, sound, light and editing)- First part of a two-day master class with our guest from the USA, Ed Talavera. Ed is an associate professor of Cinema at the University of Miami, and is an accomplished cinematographer as well. He and his Saiot-born wife Dia have given many cinema workshops all over the planet. Especially for SIMF, he offers a two day, 12-hour workshop which will teach you all about filmmaking techniques. Also, during the workshop, we will shoort a short movie, which will be shown later during the festival. A perfect start for anyone who dreams of being behind or in front of the camera, at a very friendly price...
The price of the two-day workshop is 20€. Info & booking: contactsimfo@gmail.com

9pm: Guitar Recital with Michaelangelos Thomanidis, whom we already enjoyed in Samos 2 years ago, and are very pleased to have with us on SIMF13. free

10pm: Fiction cult movie: Zabriskie point by Michelangelo Antonioni. An epic portrait of late Sixties America, as seen through the portrayal of two of its children: anthropology student Daria (who's helping a property developer build a village in the Los Angeles desert) and dropout Mark (who's wanted by the authorities for allegedly killing a policeman during a student riot) free

10am - 4pm: Basic film techniques, day 2 - Participants of the Ed Talavera workshop continue for the second and final day.

Greek Film Noir night. We start off with the Samian Film Director Constantine Frangoulis, who is in the organizing team of SIMF13 - with his short film Truthfully.
Big Hit is the second movie – The director F. Zonaras will (most probably) be with us from Athens, presenting his Greek Noir Film. After the movie, we will be listening to our old LP records until bedtime...  free

10pm – midnight: 7 short films from Athens
International Short Film Festival Psarokokalo ("Fishbone").
SIMF is happy to announce a collaboration with this renowned festival. Tonight, 7 movies will be shown from Estonia, Belgium, Australia, Egypt, the Netherlands ansd Switzerland. The total duration will be 90 minutes

(No program for Tuesday, Wednesday & Thursday – except for swimming)

After 3 relaxing days off , the festival opens its last part welcoming our international guests Tamara Erde from Paris and Ed Talavera from Miami.

10am Masterclass “Political and engaged documentaries”. Film director and artist Tamara Erde  will use her own movies (one of which we will watch later this evening), but also other`s examples to explain why and how short films with a statement are made. Info & booking: contactsimfo@gmail.com - Price 5€

9-11pm: Cinematographer Ed Talavera will show some of his short films, among which is the documentary “Maria Sevastaki”, about our painter from Karlovassi.
Tamara Erde will follow with one or two of her short films.
Next, SIMF13 welcomes Tamara and Ed on stage for a brief explanation about their short films. Also Maria Sevastaki will be with us and in few words tell us, how it felt to be in Ed's movie. free

11pm: Keep on rocking in a SIMF world... Concert by the much loved local Samian band “Bootleg” playing Greek and English/American rock. free 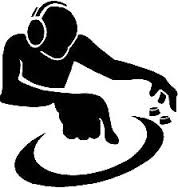 8-11AM: Hidden Angles - Walking work shop with Bernadette Koster-Stylianidi, who with her great experience will guide us through hidden surroundings of Samos to see the town from other angles and find spots for our camera lenses.